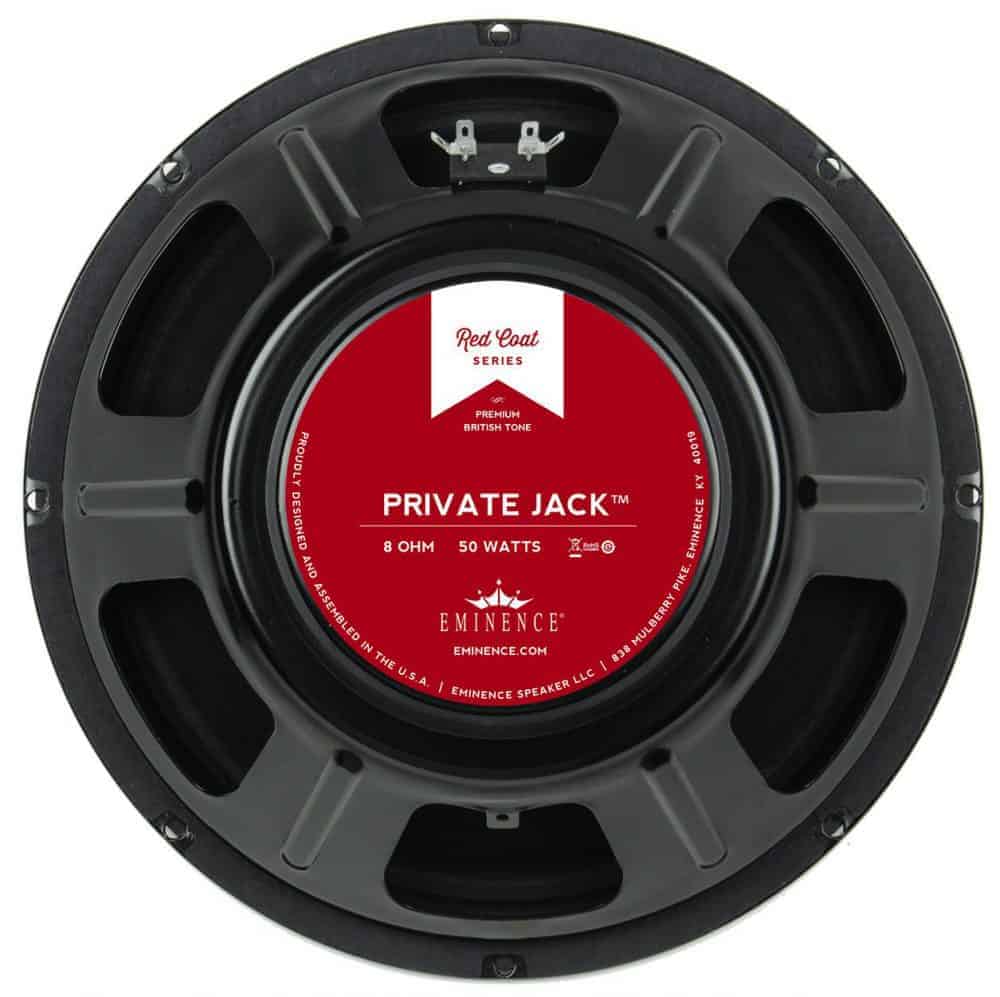 A well balanced midrange with extended highs, and a British flavor makes this a great driver for Blues and Jazz tones.

With slightly lower power handling than the Governor , the Private Jack breaks up a little earlier, but still works equally well in closed and open back cabinets, and combos.

Guitar Player Magazine. Marty Sconduto (www.guitarplayer.com) – January 2005
Named after a British canine war hero, the 12″ Private Jack uses an eight-ribbed cone, its surround has a moderately heavy doping treatment, and it’s fitted with a Celestion-style dust cap. The 1¾” voice coil is wound on a plain paper former, and the ceramic magnet weighs 38 ounces. This noble beast can handle 50 watts RMS. Compared to the Governor, the Private Jack rises more gradually from the bass through the midrange, with a stronger presence peak around 3.2kHz. The Private Jack also has a lighter and more open midrange than the Governor, with an extended and more delicately detailed top-end. While not as aggressive sounding as the Governor, the Private Jack is more responsive to a lighter touch and better suited for clean and mildly overdriven tones. Compared to a Celestion greenback, the Private Jack is noticeably louder, with a thicker midrange texture and a tougher crunch when overdriven.